“I’ve learned that life is one crushing defeat after another until you just wish Flanders was dead.” 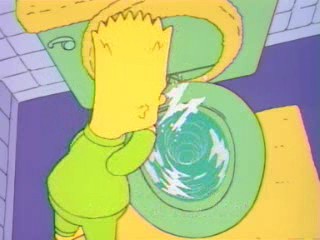 There is a classic scene in The Simpsons episode “Homer the Great”, When Lenny tells Homer that he can only join Stonecutters if he saves the life of a Stonecutter, Homer responds by grabbing the egg salad sandwich that Lenny was eating and throwing it on the floor. He tells Lenny that the eggs could have killed him by cholesterol. Lenny is unimpressed and defends the eggs cholesterol, to which Homer replies, “So one of those Egg Council creeps got to you too, huh?”.

A man in an egg suit appears and heard what Homer said and runs away. Homer shouts at him, “YOU’D BETTER RUN, EGG!”

According to Mr Burns, “Eggs have gotten a bad rap lately, You know” and he isn’t wrong, For a while around the mid 90’s the media went a little crazy with reports of the high cholesterol levels in egg, Specifically the yolk, All the cholesterol is in the yolk, about 186 milligrams in a large egg. We now know there is good and bad cholesterol and what we need to avoid are saturated and trans-fats.

Your body actually needs the cholesterol in meat and eggs, One study at the University of Connecticut found that the fat in egg yolks actually helps to reduce the “bad” cholesterol.

Eggs are also full of omega-3 fatty acids and deliver many of the B vitamins and nutrients — B6, B12, riboflavin, folate, and choline — that are believed to help prevent heart disease.

All of this is obviously negated if you decide to deep fry your eggs in bacon grease and butter.